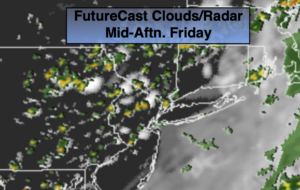 Today will start off cloudy. Breaks of sun are likely during the day. This once again will make the atmosphere unstable. Isolated storms are likely during the afternoon. Many areas will remain dry. Readings will be near the seasonal averages of the mid 70s. This will be the last in a series of disturbances that gave us the threat of rain or storms. A major change is on the way.

The first weekend of June will be sunny and hot as the high pressure re-establishes itself off the Southeast coast and becomes a heat pump.

A heatwave looks to be on the way for early next week. Abundant sunshine is expected with increasing levels of humidity.

Becoming mostly clear.. Lows in the mid to upper 60s in the City, the upper 50s inland. Southwest winds at 5-10mph.

Mostly sunny and hot. Highs near 90º.

Hazy, hot and humid. Highs in the lower 90s. 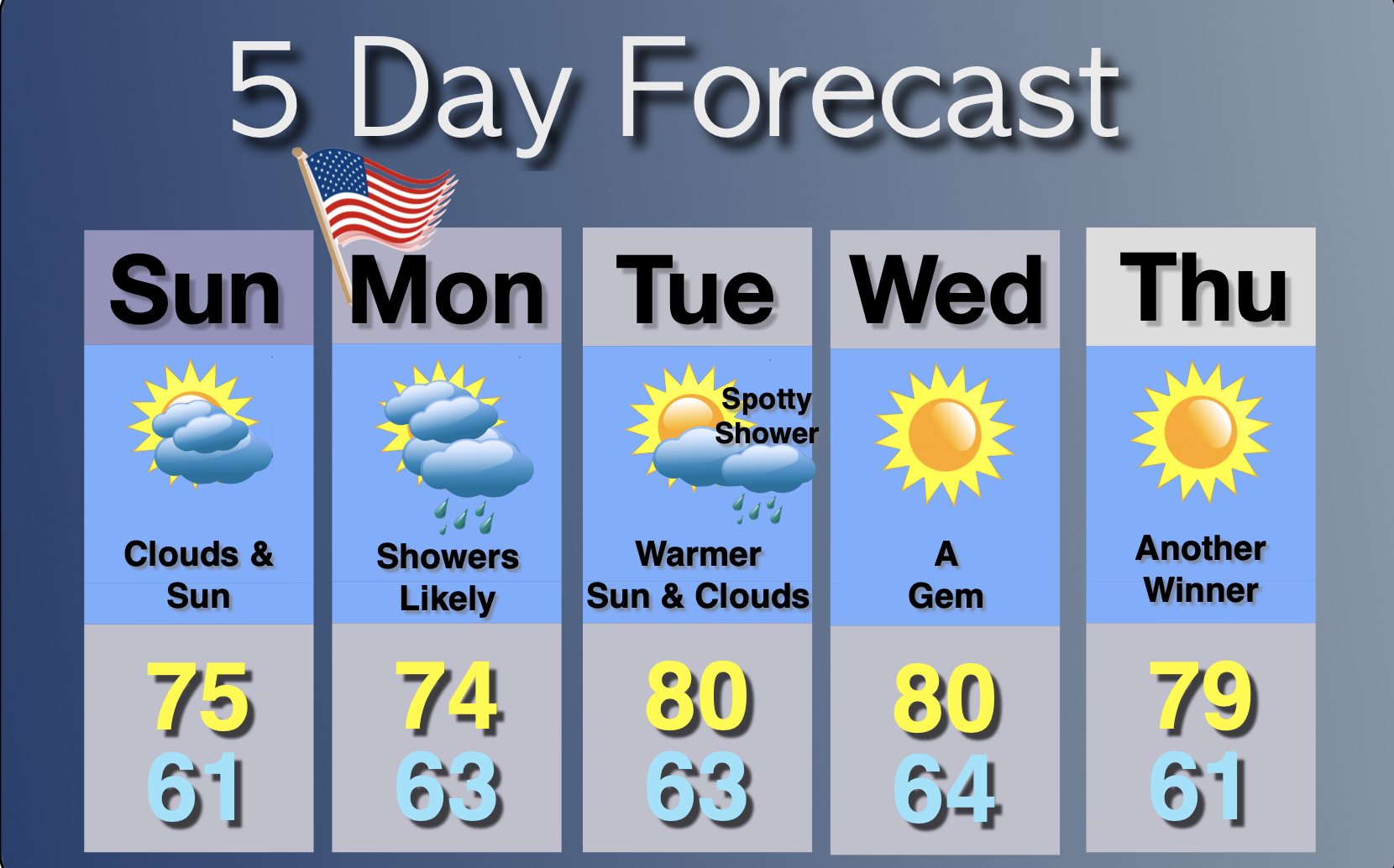