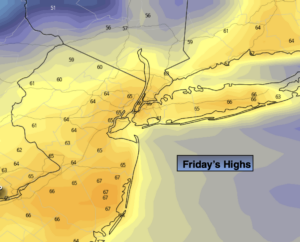 Scattered showers are in the forecast into tonight. This is all due to a very warm airmass just to our South and an approaching cold front. Temperatures will be mild tonight as the front approaches. An isolated thunderstorm is possible this evening mainly to the South of NYC.

On Friday, the front will push through early in the morning. An isolated shower is possible under partly cloudy skies. Temperatures will be near average (mid 60s).  A storm will rapidly intensify over Eastern Canada. This will result in increasing strong Northwest wind during the afternoon and night. Winds could gusts over 50mph by Friday evening.

May’s Debut is Saturday. A cooler push of Canadian air will arrive with readings actually just below normal. A mix of sun and clouds is expected with a gusty wind. It will be a bright and warm Sunday as high pressure dominates over the Southeastern part of the nation.

The beginning of the week looks mild to warm under a mix of clouds and sun. Spotty showers are possible both Monday and Tuesday as weak disturbances move through.

Keep it here for a no nonsense, no hype forecast

Mostly cloudy with scattered showers. An isolated storm possible South. Lows in the 50s throughout. Southwest to West winds at 10-20mph.

Partly sunny, breezy and seasonal. Highs in the mid 60s.

Partly sunny. Much Warmer. Highs in the mid 70s. 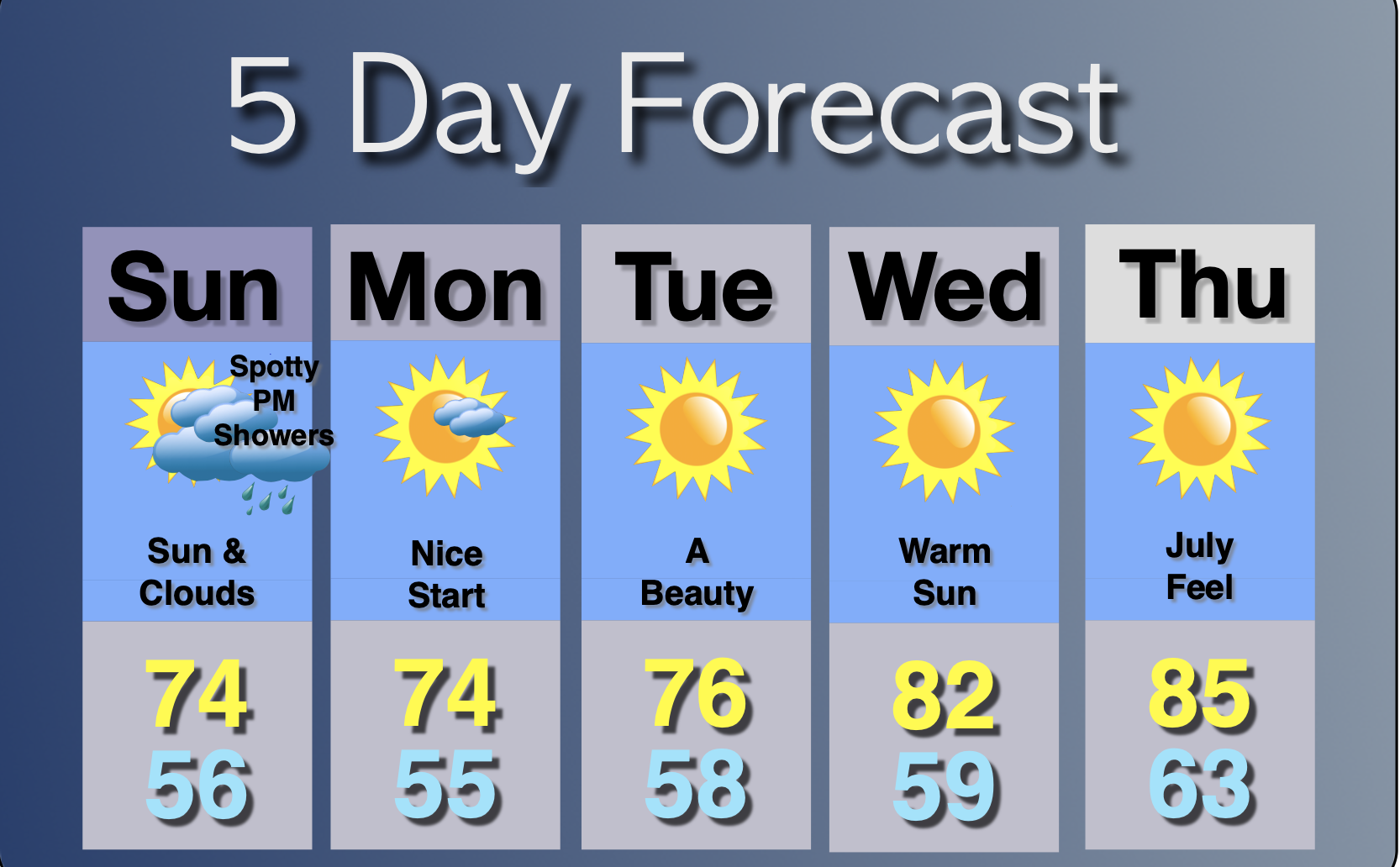