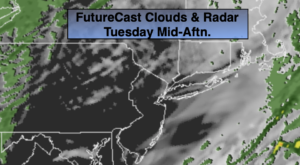 The storm that gave the region a quick hitting heavy rain (freezing rain well North and West) will move from just East of NYC to Eastern New England today. The rain will taper off early this morning and skies will break for some sun (it will be so nice to see that great ball of fire in the sky!). Snowmelt will continue as temperatures pop well into the 40s, even some 50º readings to the South and over Long Island.

High pressure originating in Canada will influence our weather tonight into Wednesday. Temperatures will get well below freezing overnight with a refreeze of slush and water. Skies will be mostly clear.

Bright, but cold conditions are expected Wednesday. I don’t think too many will mind the cold as long as the sun is shining.

The next storm in this parade will be on Thursday. The potential is there for front end thump of accumulating snow Thursday. A few to several inches of snow is possible. The snow should start sometime in the morning.  Once again, the track of the storm will be very close to the region. This should change the snow to sleet and or freezing rain and rain later in the day Thursday or Thursday night. This also looks to be a significant precipitation producer. We’ll fine tune possible amounts and start times later today.

All of this should end as a mix on Friday morning with the some sun returning with readings in the mid 30s.

Early morning freezing rain well inland, rain elsewhere ending from West to East from 6-9am. The sun will make an appearance during the day. Mild. Highs will reach well into the 40s, even the 50s to the South and East. Southwest to West 5-10mph.

Clear and much colder. Lows in the mid 20s in the City, the teens and lower 20s inland. West to Northwest winds at 10-20mph.

Mostly sunny. Cold. Highs in the upper 20s to around freezing.

Snow. Accumulations are likely. Possibly changing to a mix later in the day, especially South and East. Highs 30º-35º.

Morning mix to some afternoon sun. Highs in the mid 30s. 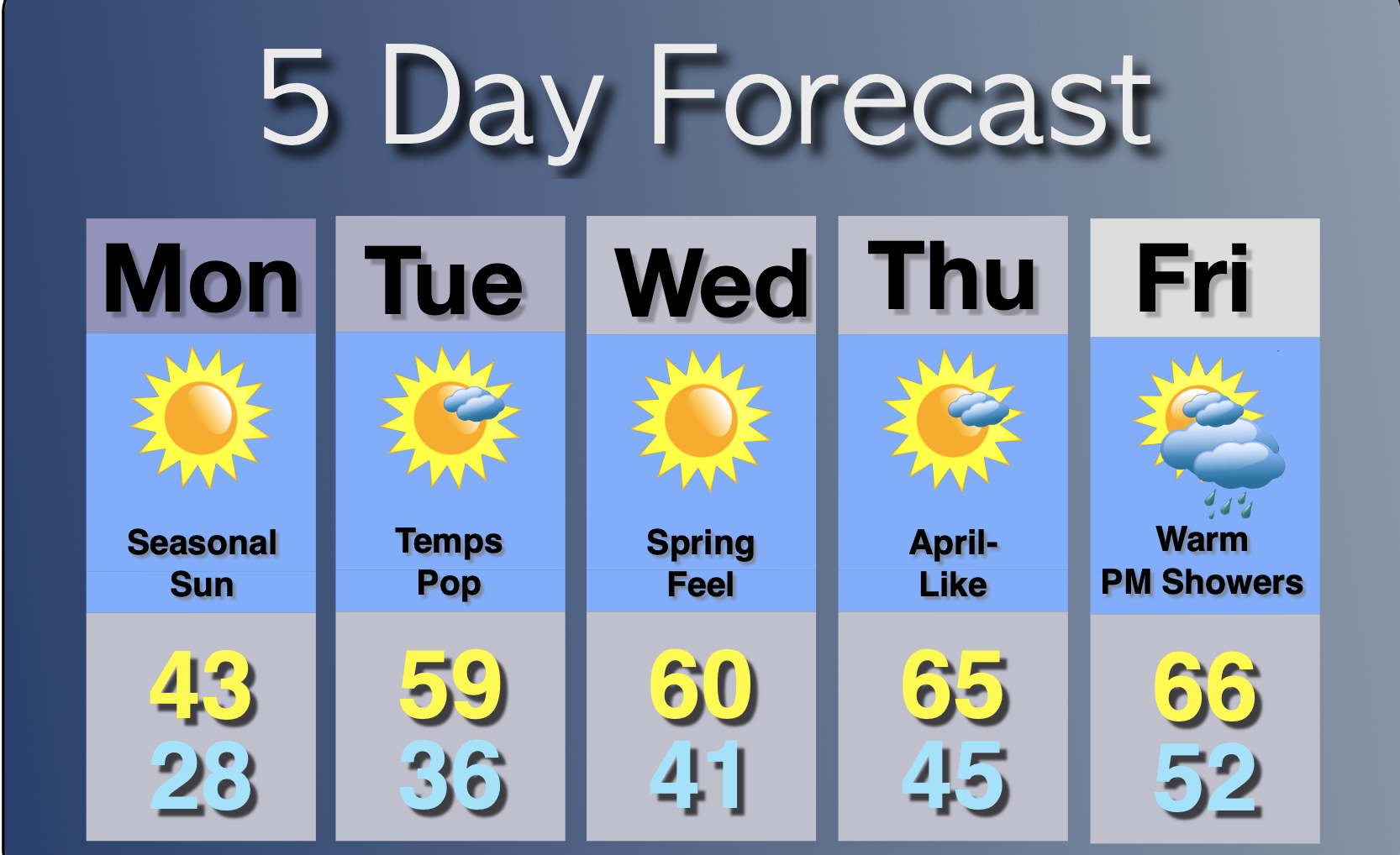