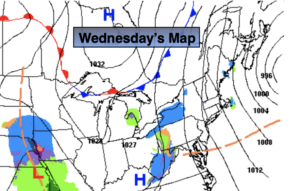 This has to be one of the most tranquil weeks of Winter (not too cold, nor stormy). Low pressure continues to move to the Canadian Maritimes as high pressure settles in over the central and Eastern part of the nation. The wind will be busy today with the interaction of these two systems, but finally mix up the atmosphere enough to allow for more sunshine. Yes, sunshine!

The next threat of any storm passing the Eastern Seaboard won’t come until the Tuesday timeframe and at this time it looks to pass well to our South.

Mostly clear. Lows around freezing in the City, the 20s inland. Northwest winds at 8-12mph.

Mostly sunny. Highs in the lower to mid 40s.

Mostly sunny. Highs in the mid to upper 30s.

Sunny. Highs in the mid to upper 30s. 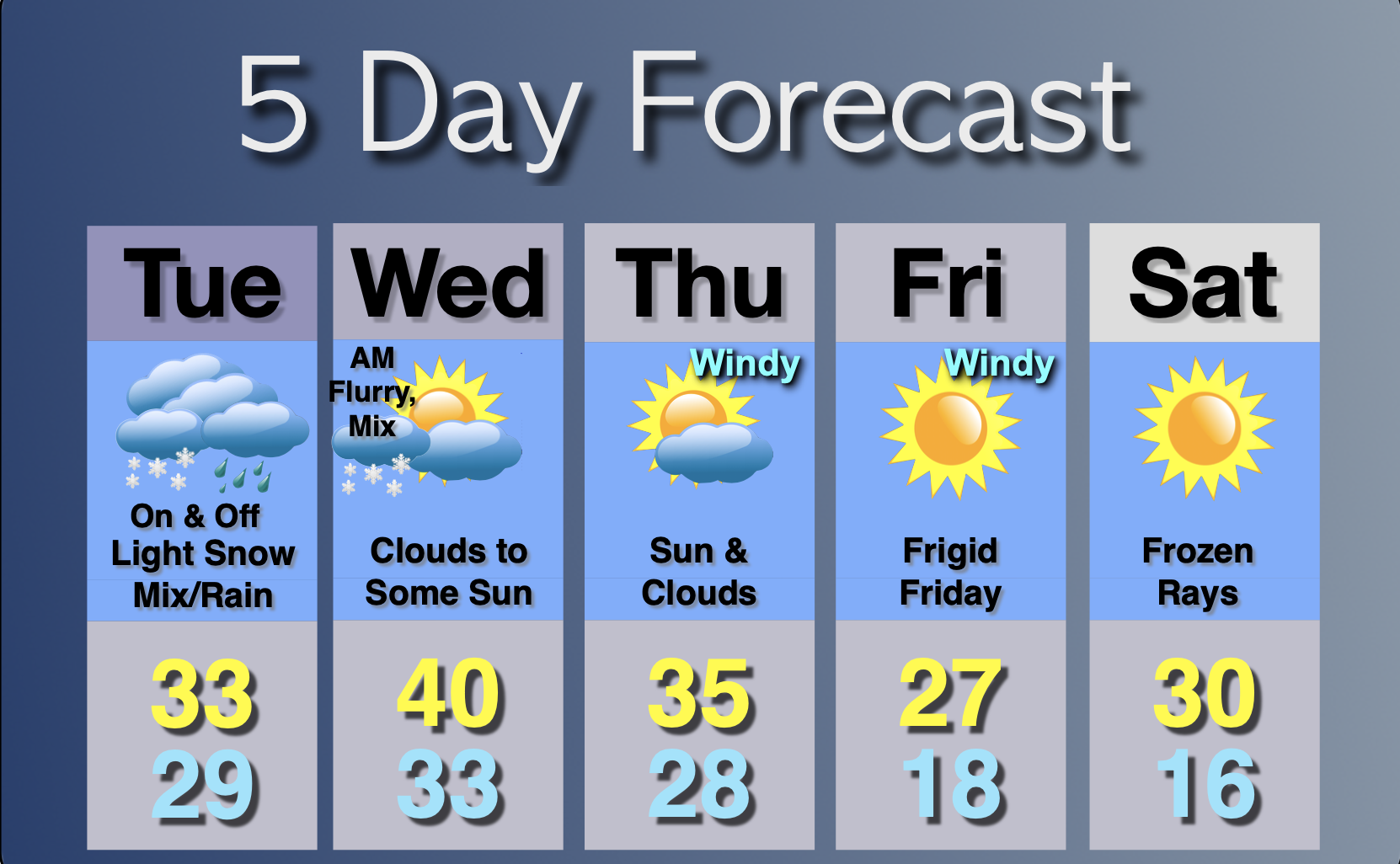