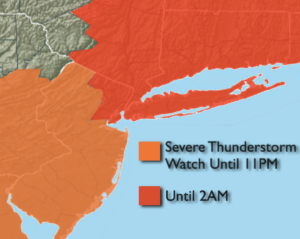 ***Severe Thunderstorm Watch for the entire tri-state until 11pm for areas to the West and South and until 2am to the North and East. Winds in excess of 58mph are possible in some of the storms*** Isolated power outages are possible***

A significant cold front will move through this evening.  A squall line will accompany it between 7pm and 11pm from West to East. (2nd map above). A quick shot of heavy rain and possible thunderstorms will move through. Winds will gust between 40 and 60mph (3rd map). Temperatures will be at the highs for the day during the evening before the front moves through. Temperatures then will fall rapidly on a strong Northwest wind.

Skies will clear tonight it will be breezy.

Monday through Wednesday will be dry but getting progressively colder as a dominant Northwesterly flow prevails from Canada. The wind will add a bite to the chill. Readings by midweek will be at least ten degrees below the average high of 54º. A mix of sun and clouds is expected.

A slow rebound in temperatures will begin on Thursday as high pressure slips off the coast and a Southwest wind develops. The sun will continue to dominate. By Friday readings will be well above average.

Showers and storms will move through this evening along with strong winds. Skies will clear later this evening and winds will ease some overnight. Lows in the mid 40s in the City, the 30s inland. Southwest winds will becoming West wind at 15-30mph with gusts between 40-60mph for a brief time this evening.

Partly sunny, breezy and chilly. Highs in the upper 40s. 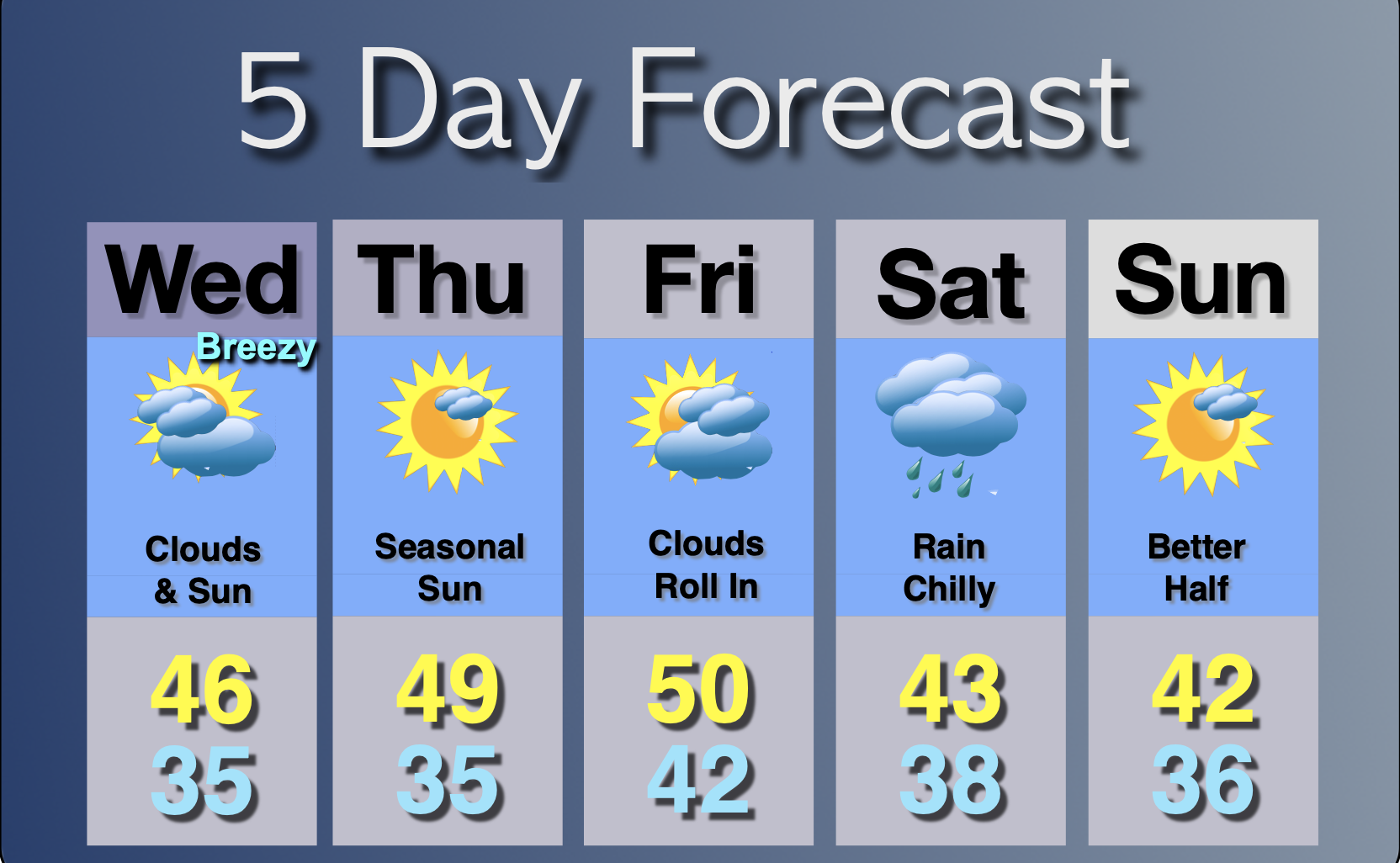