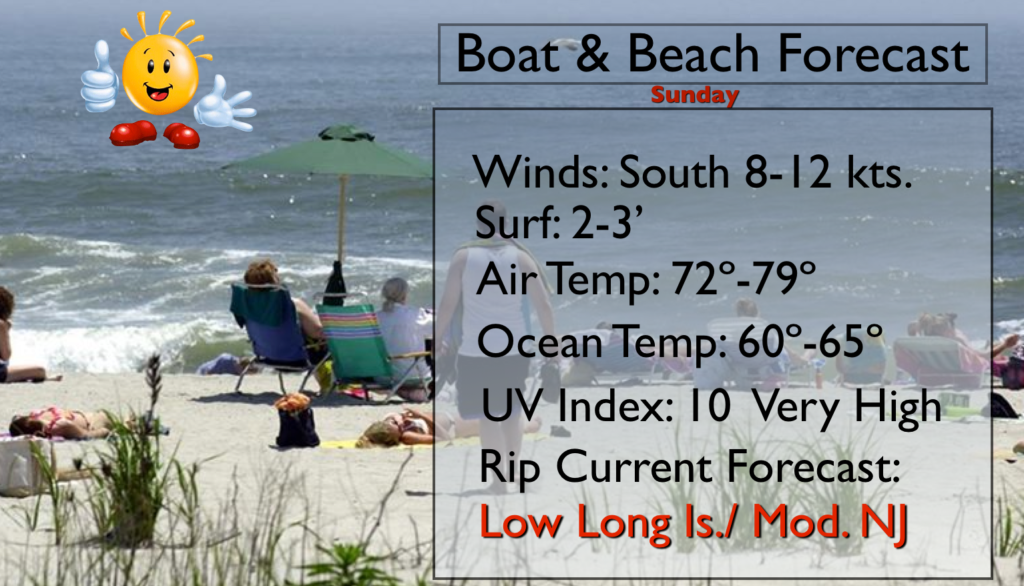 High pressure will continue to dominate our weather through Father’s Day and into Monday.  A weak cool front will move through the region later Tuesday.  Above average temperatures are expected through the beginning of the week.  A slightly cooler airmass will move in for mid to late week.

Sunny and warm.   Highs in the mid to upper 80s.  Cooler at the coast.  South to Southeast wind at 10-15mph.  Slather on the sunscreen.

Mostly sunny and warm with highs in the upper 80s.  Summer arrives at 6:34PM.  At this time the sun direct rays are at the farthest Northern point in the Northern hemisphere- at the Tropic of Cancer 23.5ºN.

Partly sunny.  A spot morning shower is possible.  Highs in the mid to upper 80s.

Partly sunny and less humid with readings in the lower 80s.

Partly sunny and seasonal with highs around 80º.