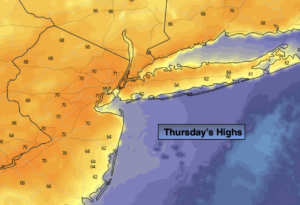 Today will be the best day of the next five as high pressure moves overhead. Temperatures will be near or above average high of 69º. It will feel good!

The next in a series of lows will move toward the East coast on Friday. Showers are likely by morning. Steadier rain will develop during the day. It will be unseasonably cool.

The storm will move slowly off the Virgina coast on Saturday. Confidence is increasing that most of the region will see a steady rain. It’ll be a raw day with well below average temperatures with readings remaining in the lower 50s. Adding more misery will be a stiff Northeast wind. A good day for a book or movie.

By Mother’s Day, the storm should move far enough offshore for any morning clouds to give way to sunshine. I’m keeping my fingers crossed. It’ll be chilly and breezy as high pressure funnels in from Eastern Canada.

The storm will remain in the Western Atlantic and may retrograde toward the coast on Monday. There is a low potential that a shield of rain may work in from the Atlantic. One thing is for sure the wind will be busy and temperatures will remain below normal.

Becoming mostly cloudy. Lows in the mid 50s in the City, the upper 40s inland. South to Southeast winds at 5mph.

Scattered morning showers becoming  a steadier rain during the afternoon. Much cooler. Highs in the mid 50s.

Rain. Breezy and unseasonably cool. Highs in the lower 50s.

Clouds and sun. Breezy. Low potential for some rain. Highs near 65º. 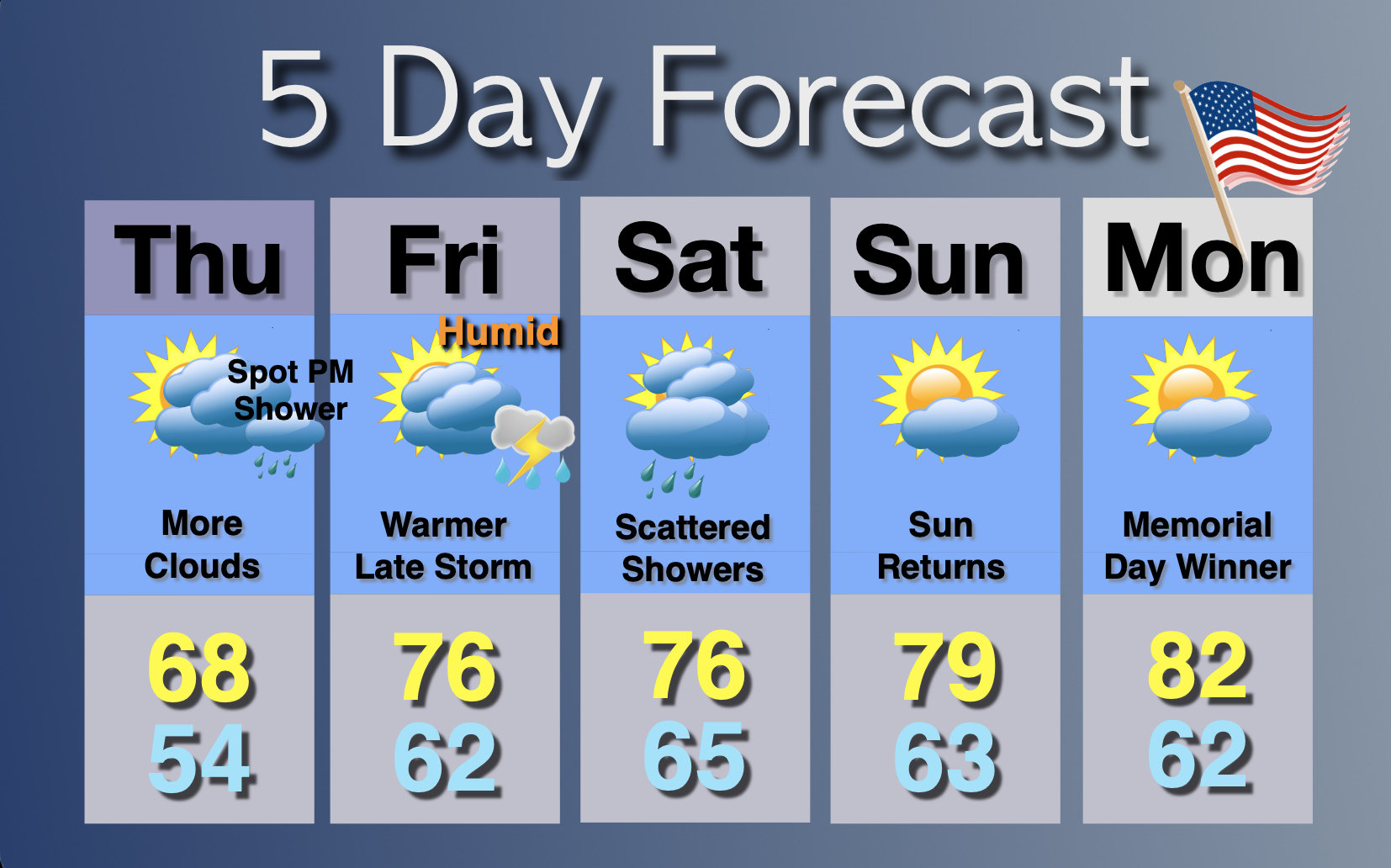