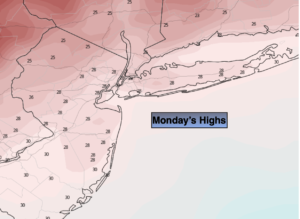 A bitter blast is on the way. Today will feature abundant sunshine and quite cold readings. Temperatures will fall during the day to around 30º along the coast, the 20s inland. An Arctic from will pass through tonight with possible snow showers.. Readings on Tuesday may remain in the teens. High pressure to our West will funnel in the coldest air of the season so far from our Canadian friends. At least the sun will shine!

By Wednesday, readings will flirt with the freezing mark in some areas.

Temperatures will recover on Thursday as high pressure slips offshore and the airmass modifies.

Mostly sunny, breezy and cold. Highs only in the upper 2os to around 30º for afternoon highs. Northwest winds at 10-20mph.

Partly cloudy with isolated snow showers early. Frigid. Lows in the mid teens in the City, 8º-13º inland. Northwest winds increasing to 15-25mph. Windchills will be near 0º in the City. –5º to -10º inland.

Sunny and frigid.  Highs only in the upper teens. 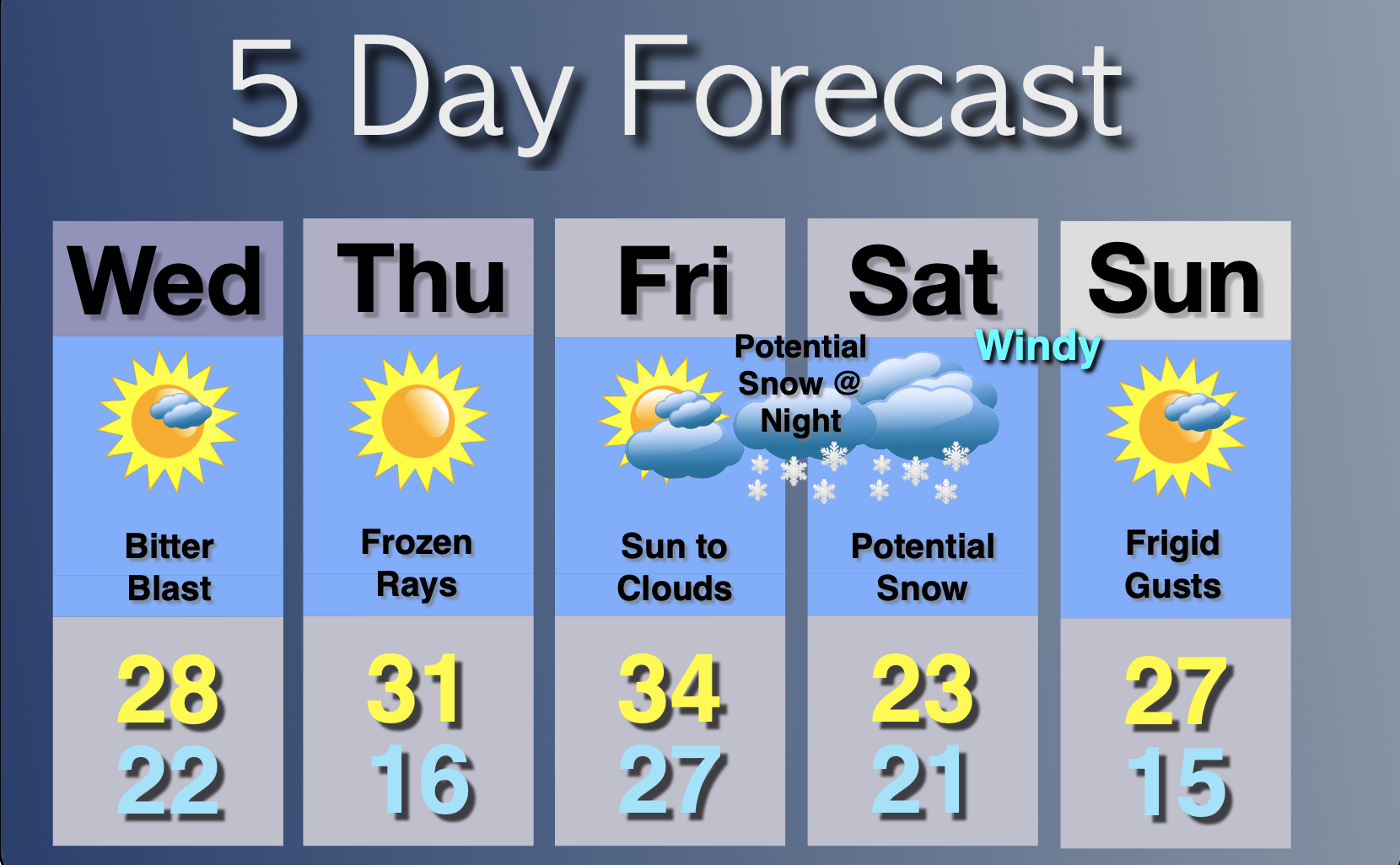