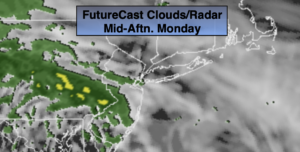 A familiar forecast will be with us for the beginning to middle portion of the week. It’ll be mild under a mix of clouds and sun as weak low pressure disturbances rapidly move through.

Today will feature more clouds with spotty showers. Readings will not be as warm as Sunday’s highs, but near the average the average high of 68º. It’ll be cooler to the North and East of the City, warmer to the South and West.

A round of showers and possible storms is likely tonight..

The forecast has dramatically changed for Tuesday. The latest computer models now have a cooler wind blowing off the colder Atlantic. Because of this I have brought the forecast highs down dramatically and have increased the cloud cover. Highs will only be in the 60s North and East of the City, near 70º to the South and West. A shower is possible just about anytime.

The best chance of showers will be Wednesday with the passage of a cool front.

The jury is out of Friday’s forecast. At this time, scattered showers are possible. How and where a coastal storm develops will determine how much rain may fall.

Keep it here for a no nonsense, no hype forecast

Showers likely. Lows in the 50s throughout. Northeast to North winds at 5mph.

Mostly cloudy with isolated showers. Highs in the 60s, the lower 70s well South and West.

Clouds, some sun. Scattered showers. Highs in the lower to mid 70s.

Mostly sunny. Seasonal. Highs in the mid to upper 60s. 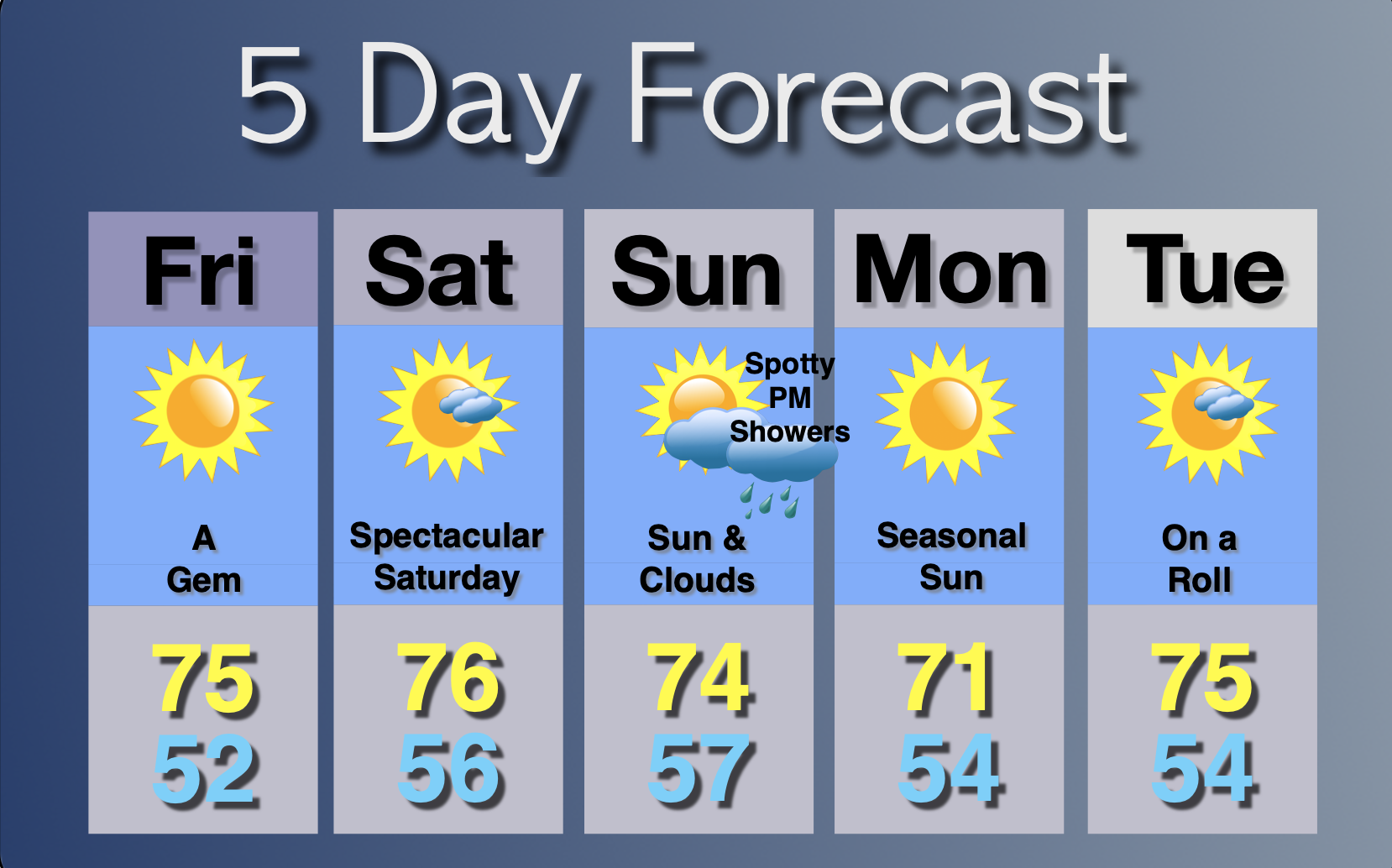