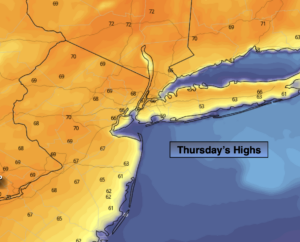 Today will be the last in a string of beautiful days.  High pressure over the region will supply the sunshine and warm temperatures. It’ll be cooler at the coast.

As the high moves off the coast an onshore flow will take hold. This will increase the moisture content in the atmosphere and result in clouds dominating Friday through the weekend. Much Friday will be dry. Scattered showers are possible later in the day, at night and into a part of Saturday morning as a weak disturbance moves through.

On Sunday, a more widespread area of showers will affect the region as low pressure moves up from the Southwest.

Temperatures during the grey days will be near seasonal averages (around 60º).

Sunny and mild. Highs in the upper 60s. Cooler at the coast. East to Southeast winds at 5-10mph.

Increasing clouds. Lows around 50º in the City, the 40s inland. Southeast wind at 5mph.

A spot shower is possible in the morning, otherwise mostly cloudy. Highs in the lower 60s.

Clouds to some sun. Highs in the mid 60s. 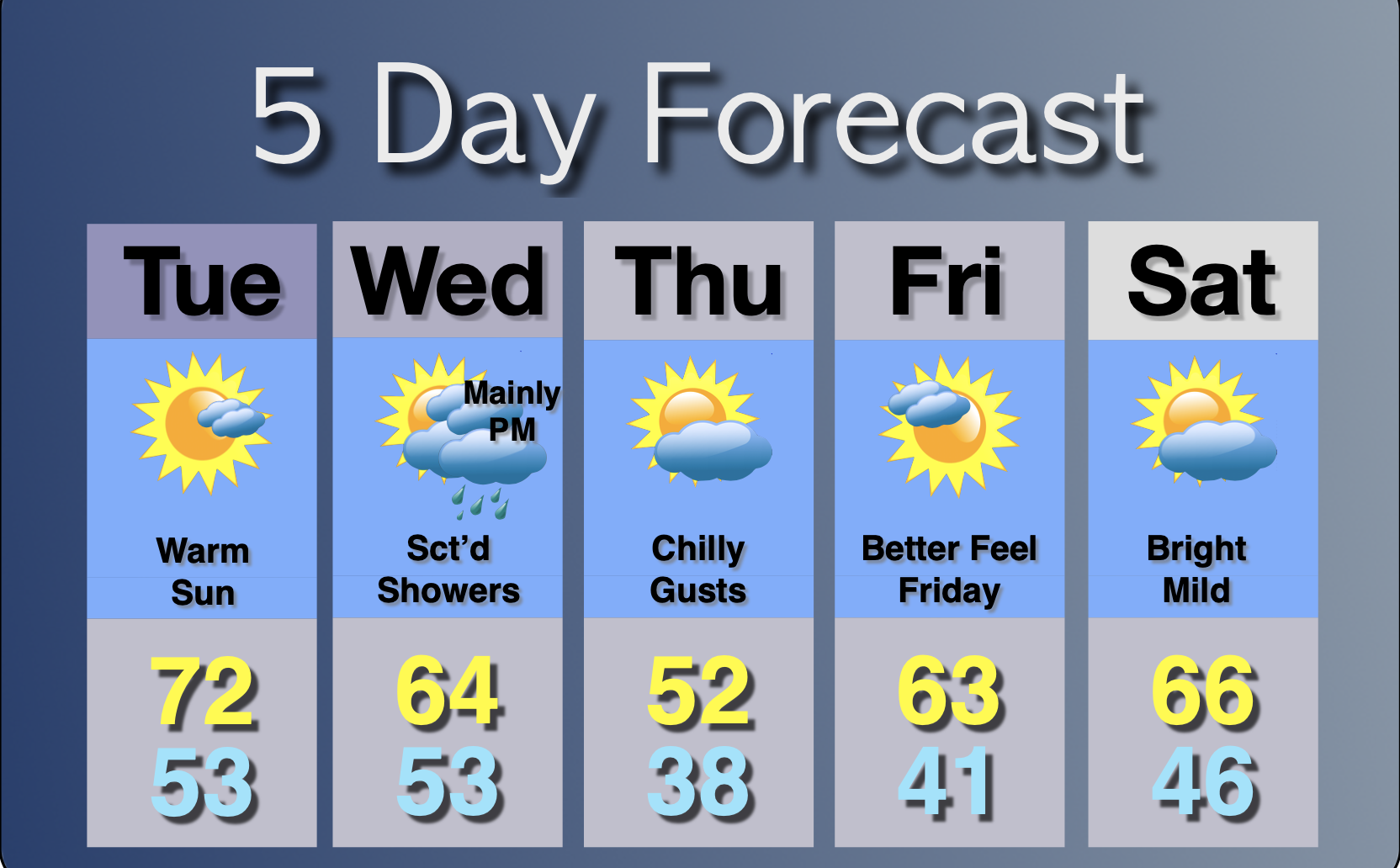