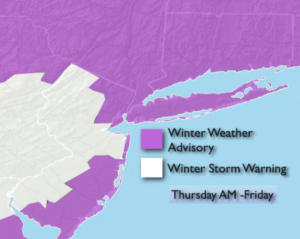 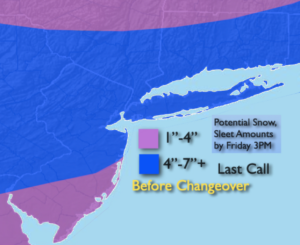 A long duration event of snow and sleet will occur in varying intensities through Friday. The event will be split into two main precipitation time frames with two areas of weak low pressure moving along an offshore front. These systems looks to be moderate precipitation producers in and around NYC and to the South and East. A front end thump of accumulating will occur this morning into early afternoon. The snow should start sometime between 6-9am and has the potential to become moderate to heavy for a time from late morning into early afternoon. This band of heavier snow will not reach the Northern areas. A mix to sleet looks to occur during the afternoon from the South the into the NYC vicinity as a warm boundary works in. Much of the accumulating snow and sleet projected will fall in this time frame.

There will be a lull in precipitation later in the day and early night for much of the region. Areas of light snow or a mix can’t be ruled out.

The second weak low will ride along the front late tonight night into Friday afternoon. Occasional light snow or a mix is expected for the first half of the day at least. A light accumulation is possible.

The weekend looks bright and chilly with high pressure moving in.

A rapidly moving system from the Northwest and possibly cyclogenesis off the coast will most likely result in a period of snow or snow mixed with rain on Monday.

On and off light snow or mixed precipitation. Lows in the 20s throughout. Northeast winds at 5-10mph.

Potential of a period snow or snow mixed with rain. Highs in the mid to upper 30s. 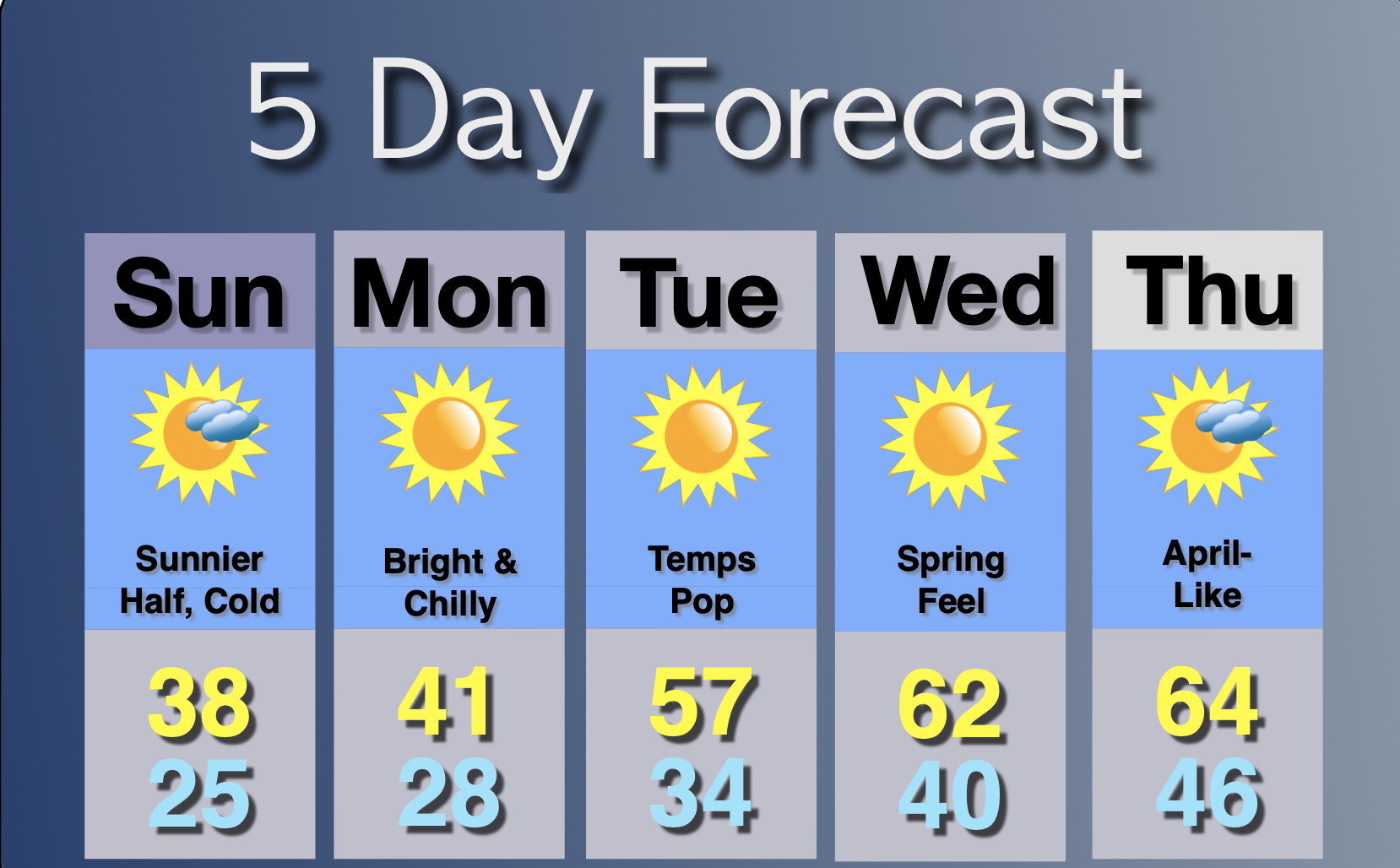