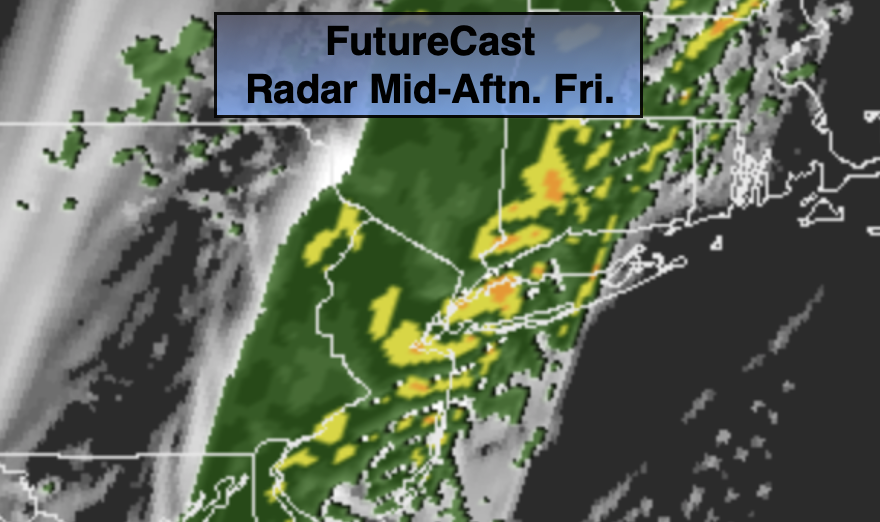 A cold front will move into the region today. Morning scattered showers will turn into a steadier rain toward midday. Temperatures will actually drop from morning highs in the 60s into the 50s as colder air moves in behind the front. Low pressure will be developing along the front. This will enhance the rainfall along the coast and to the East tonight.

The front will move off the coast early Saturday morning resulting in a mostly sunny day . There will be a nip in the air.

Sunday will feature abundant sunshine and seasonal temperatures as high pressure moves in.

The beginning of the week will be bright and tranquil.

Periods of rain. Ending late from West to East. Lows mainly in the 40s, a few spots North and West will dip into the upper 30s.  Northwest winds at 8-12mph with higher gusts. 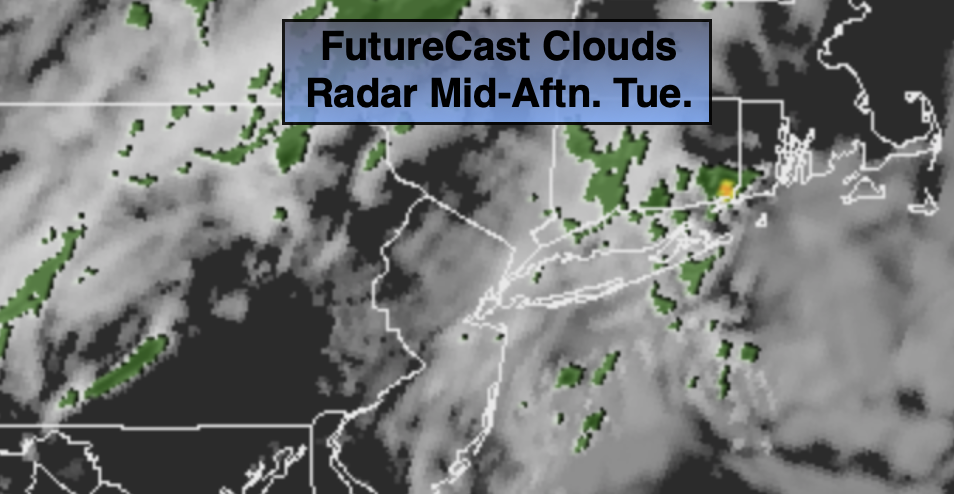