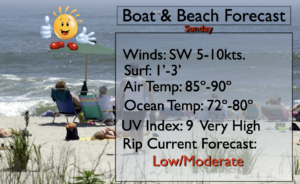 Another heat wave will begin today. A Bermuda high will pump up the heat the next few days. Today will be a scorcher as readings get into the 90s in most areas under mainly sunny skies.

Little relief from the heat will occur overnight, especially over the urban corridor as readings will hover around 80º.

Monday and Tuesday the heat will peak. The humidity will be highest on Tuesday. The heat index will make it feel like 98º-105º both days. An isolated storm is possible later Tuesday with an approaching cool front.

Wednesday and Thursday will feature relief from the oppressive conditions. The sun will dominate as the heat bubble moves into the Atlantic.

Hazy and hot. Highs in the lower to mid 90s. West to Southwest winds at 8-15mph.

Mostly sunny. Not as hot or humid. Highs in the upper 80s. 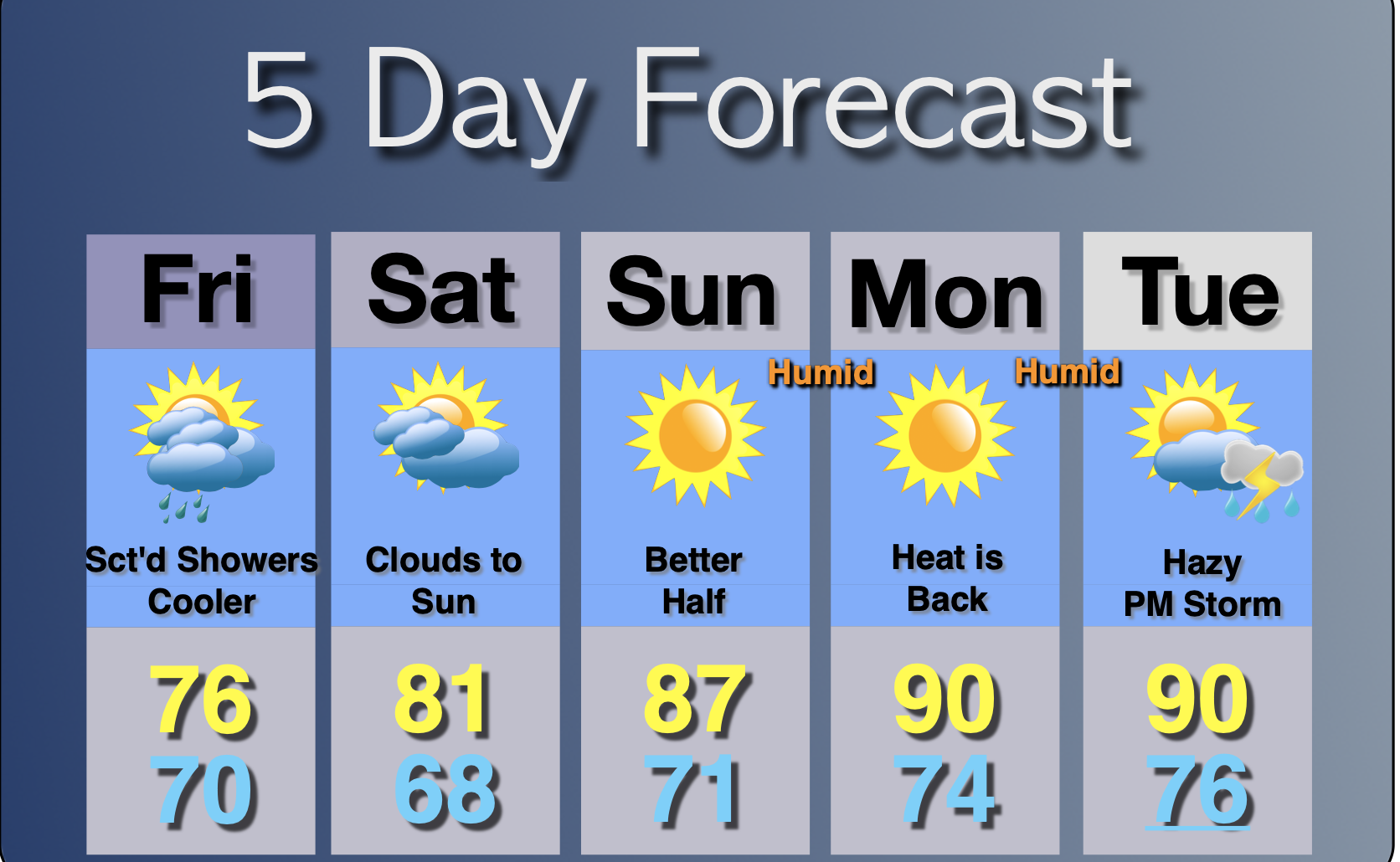