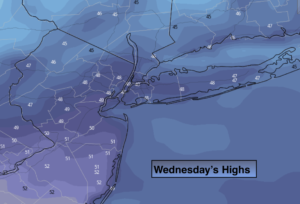 Weak high pressure will move in from the West today. It’ll be bright and mild.

On Thursday a cold front will work through the region in the morning with a spotty showers. Skies will become mostly sunny and a strong Northwest wind will develop.

Arctic high pressure will influence our area on Friday. This will result in sunny but cold readings. Highs will only be near freezing.

A storm will develop over the Ohio Valley on Saturday and move into the Eastern Great Lakes. Normally, this would be a warm storm track with the system to the West, but Arctic high pressure will nose in from Eastern Canada and into the Northeast. The low’s warm front will be responsible for the precipitation. This will result in snow developing by Saturday afternoon. The snow will most likely change to rain along the coast during the day but inland snow or a snow/sleet mixture will continue. A secondary storm will form over Eastern New England. If this secondary storm formed farther South it would keep the cold air in place, but since it will develop later, warmer air will work in from off the Ocean. The potential of an accumulating snow exists later in the day Saturday before the changeover. Coastal areas won’t see much of an accumulation. Inland areas have the greatest potential. Once again, this is NOT a classic setup for a snowstorm.

Sunday will be windy and chilly under mix of clouds and some sun.

An early morning shower, otherwise mostly sunny. Becoming windy. Highs in the mid to upper 40s. Temperatures will fall during the afternoon.

Thickening clouds during the morning. Snow developing by afternoon. The snow will  change to rain along the coast. Inland a mix of snow, sleet and rain will continue into the evening. Highs in the 30s.

Clouds, some sun. Windy and chilly. Highs around 40º. 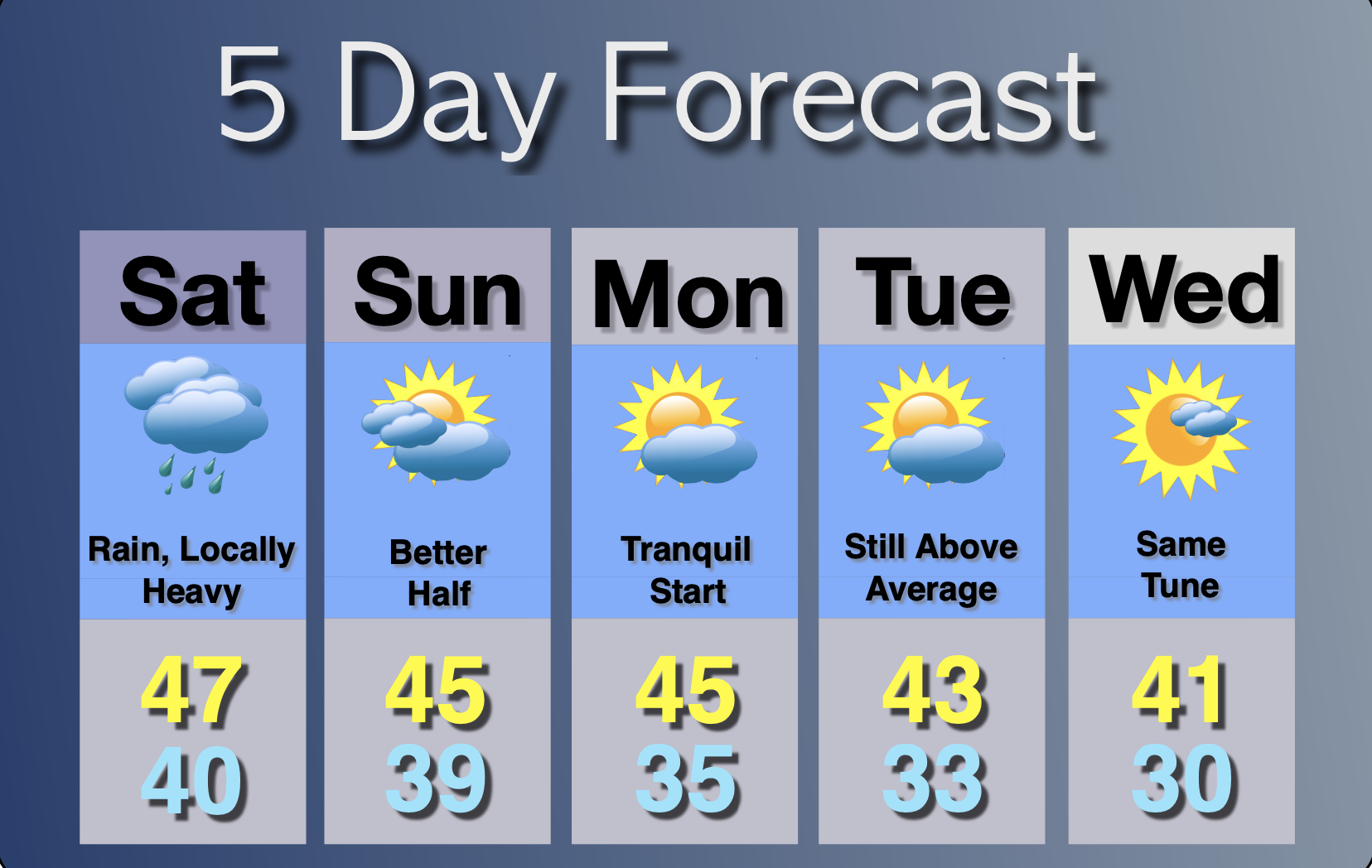