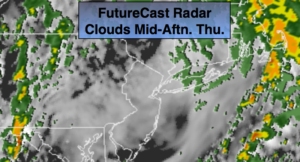 An area of low pressure will ride up the coast today. Periods of rain is expected through midday. The rain maybe heavy at times during the morning but should taper off around lunchtime from South to North as the low moves away from the area. It will be breezy along the coast during the morning. Skies will remain mainly cloudy during the afternoon and a spotty shower can’t be ruled out. The winds will diminish. Rainfall amounts will generally average between 1/2″ to an inch.

Early showers this evening otherwise, skies will be mostly cloudy.

Friday will be mainly sunny as high pressure moves along the East coast. It will be breezy.  The high will move off the coast for Saturday. The flow around the high will become Southwest. Readings will rise to warm levels.

For Father’s Day a bubble of warm and humid air will move in. Hazy sun is expected and an afternoon scattered thunderstorm is possible. Not a washout by any stretch of the imagination.

Morning rain. Remaining mostly cloudy for the afternoon with scattered showers. Highs in the 60s. Northeast to North winds at 15-25mph during the morning, diminishing to 5-10mph.

Partly sunny and breezy. Highs in the lower to mid 70s.

Hazy, warm and humid. A spot afternoon storm is possible. Highs in the mid 80s.

Hazy, warm and humid. A spot afternoon storm is possible. Highs in the mid 80s. 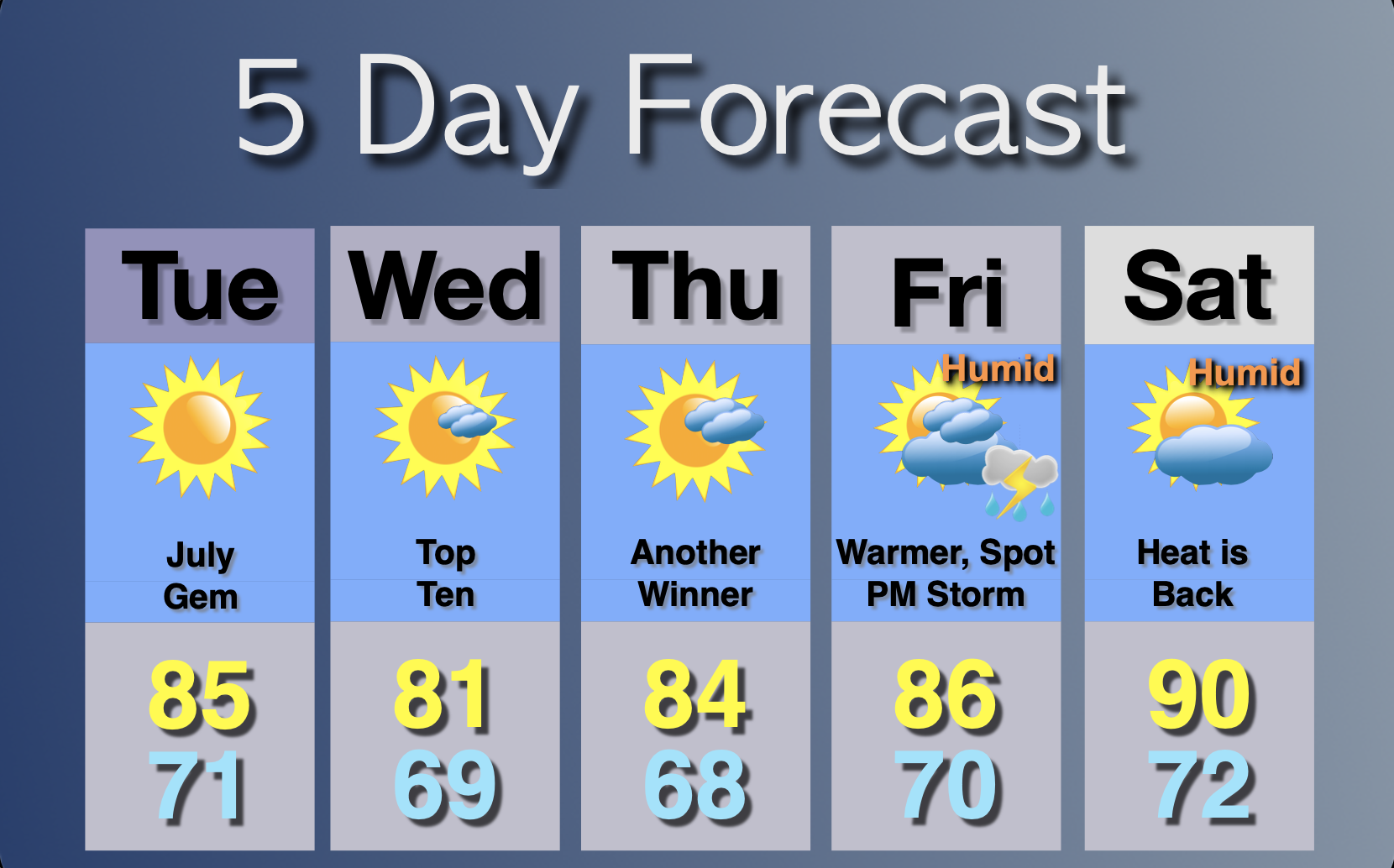